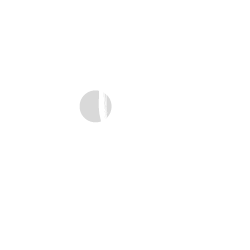 You can see your breath.

Surprisingly enough, you can see your breath.

Isn’t the desert supposed to be warm?

You bounce on your feet, hoping to get just a little bit more circulation going. Quick little staccato beats.

Stealing a quick glance up at the sky, you see Orion the Hunter. Your eyes drift north to Taurus the Bull. In quick succession, you make your inventory. Canes Venatici - Hunting Dogs.

While pulling your much-too-thin jacket closer around you, a familiar and distinctive smell cuts through your stargazing. In spite of the dry air. In spite of the ice-cold breeze that suddenly kicked up. In spite of everything telling you to be chilled, the smell is enough to warm you through.

Someone’s burning mesquite. And the fire is nearby.

It’s time to hunker down and warm yourself by the fire. One more quick glance at the night sky before you turn your attention to the smell. Warmth.

An Ode to All Things Arizona

If you have even a passing familiarity with Whiskey Del Bac, the products we make, and the whiskeys that we ourselves like to drink, then you understand that we are a company that is profoundly of its place.

That initial question - could you dry malted barley over a mesquite fire rather than a peat fire - is what led to our flagship American Single Malt, Dorado. And, over the years, that Dorado recipe has changed. For better or for worse, smoke is divisive. Its relationship with the human palette tends to be one of “love” or “hate.” Just like any business we’ve made adjustments to the process based on the feedback we’ve received. That means the smokiness of the Dorado has receded ever-so-slightly over time.

But for the past six years, once a year, we’ve been able to resuscitate and rejuvenate our love letter to Baja Arizona and the American southwest. Winter Release - A bold, aggressive, yet deceptively subtle smoke bomb. Our small Arizona distillery’s answer to the heavily-peated whiskies of Scotland.

Our Ode to Islay.

What Makes Islay Scotch an Islay?

This tiny island boasts nine active distillers on an island only 25 by 15 miles. When thinking of Islay whiskies, the boldest and most aggressive are major players. This Whiskey Watch article dives deeper into the leading Islay whiskies.

The peatiness of a whisky is calculated in ppm of phenol. Non- or lightly-peated Scotch whiskies typically have phenol levels of up to 30 ppm, while the whiskies of Islay usually have up to 50 ppm. In rare types like the Octomore, the whisky can have more than 100 ppm of phenol.

These are like drinking tire (tyre for you EU types) fires.

We're here for the mesquite.

What is our Ode to Islay?

Mesquite - like peat - is divisive in its own right. Whereas peat lends those more medicinal notes, mesquite is a softer, more approachable type of smoke. That doesn’t mean it's without its own challenges however.

That means that what was once known as our Winter Release - newly-christened Ode to Islay - was a chance for the distillery crew at Whiskey Del Bac to show off our distilling, aging, finishing, and blending chops.

If we’re able to take this beautiful-but-persnickety smoke profile and craft something that is like taking a deep breath from a mesquite-packed chimenea without thinking that you’ve similarly swallowed the spent ash? Well then, we’re sitting pretty.

A Whiskey of Arizona

As such, this love letter to our Sonoran roots simultaneously tips our hats to the brilliant distillers that came before us. It only seems fitting, then, that our ode to one of the most beloved and divisive styles of whiskey should take inspiration from a wide and varied lot.

Those three disparate mash bills have all been initially aged in brand-new American White Oak toasted and charred quarter casks, then finished in a mix of ex-bourbon, tequila, and second-use Whiskey Del Bac Dorado barrels.

These were all then blended together, allowed to marry for more than three months, and then slowly proofed down to 110 proof (55% ABV).

The final result is a beautiful love letter to both inspirations.

On the nose, you may find cocoa nibs, cinnamon, charred mesquite, and earth. On the palate are caramel-dipped apples, sour cherry, and dulce de leche.

When neat, you may find soft vanilla up front, blossoming into plumes of mesquite smoke and white pepper, tapering off into soft cinnamon and candied toffee.

On the rocks, you may find the mesquite moves to the forefront, contrasting against new notes of vanilla and dried stone fruit. The pepper spice recedes, replaced by notes of honey and butterscotch.

Our recommendation is to serve Ode To Islay with one large ice cube.

So, pour a little bit for yourself this winter. And snuggle up. The desert winter is beautiful.